Anyone working in the EUC field has probably pulled out some or ALL of their hair when trying to deploy software via Microsoft’s dreaded SCCM tool
What if I told you there was a better way? That’s assuming of course, you’ve not heard of PDQ Deploy
https://www.pdq.com/pdq-deploy/
I’m late to the PDQ game! I had read about it via twitter/slack for months, but only got a chance try it out on my beloved home lab last weekend
There are two versions: 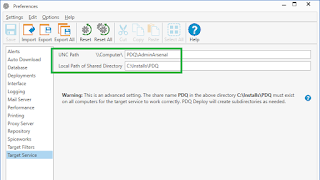 The app has intelligence to recognize when new versions are available, they are indicated under the APPROVALS section. All you need to do is approve the updates and your library will update itself on your PDQ Deploy server, you’re then able to deploy / re-deploy to your targets. For instance, as I was writing this blog and collecting screenshots, I got approval requests for a new version of Google Chrome and Slack, done/done!
Deployment is where PDQ Deploy really shines , especially against Citrix MCS / PVS master images.
You select a package, right click and choose DEPLOY ONCE, put in your target asset and let ‘er rip! 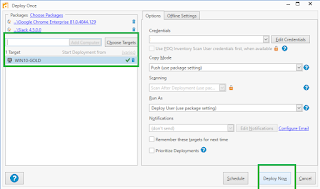 Assuming you’ve followed the steps to open the required firewall rules on the target assets, you should have your software deployed within minutes or even seconds if it’s a small package and you’ve got a fast connection from source > target
In summary

Because an SCCM deployment rarely works the first time you try it , right?

One thought on “You down with PDQ? (ya you know me)”